A Café Remodel Rolls Back Time

Among layers of design, a spot to eat, drink, and ponder opens

Owner Mike Stamatelos felt a space to decompress from the outside world was needed and, as his debut in hospitality, opened Porcelain in the Queens, New York neighborhood of Ridgewood. To help him navigate his café remodel, he posted his project on Sweeten, a renovation platform matching renovators with vetted contractors, to find his general contractor. He tapped designer Elizabeth Ingram to craft the visual story. Objects and materials were culled to represent a designed-through-the-decades feel that inspired the community space. In this relaxed setting, patrons can enjoy a specialty on the menu: egg toast and latke. Sweeten: What is Porcelain?

Mike: We’re an Austrian-inspired café in the heart of Ridgewood, Queens.

Sweeten: Where did the idea for the business come from?

Mike: The desire to give folks a space to spend time with those they care about and mindfully pass time to think. I wanted to create a setting definitively separated from the outside world that gives people that space to appreciate the sights, sounds, and smells of everyday life. Sweeten: What led to the opening of this new brick-and-mortar space?

Mike: This was both my first serious entrepreneurial venture and my inaugural introduction into hospitality. That said, the path to opening was marked by trial-and-error, sage advice from friends, and a great deal of uncertainty. Major thanks to Google.

Requirements for most major milestones and the steps to get to them were done through research and calling up people in the industry. The regulatory environment in NYC is necessary but very complex. At the end of it all, though, we opened strong and ready for business. Sweeten: How do your new design and the materials represent your brand?

Mike: The design, led by designer Elizabeth Ingram, is built off of a fictional story inspired by the history of the neighborhood: A century ago, an Austrian immigrant created a space that emulated his hometown cafés using humble means. It was “upgraded” by family through the generations based on what was popular at the time.

The result is a space that looks like it’s been here forever. We were very particular in the materials used to create something humble and honest, which is core to what Porcelain represents.

Elizabeth: We inherited certain important elements from the movie set left in the space by Martin Scorsese’s film The Irishman. The linoleum floor and the bar, both imbued the space with an early to mid-20th-century feel and we decided to embrace that era, but, instead of an old Irish bar, we felt that, in keeping with the neighborhood, we would look to the rich tradition of Viennese coffee houses with a humble grandiosity.

We designed a space that seems to have nearly been unchanged for 80 years so that people felt like they had discovered a place that time had forgotten. One that had developed organically throughout decades, not designed last week and installed. The stenciled walls and tattered chandeliers bring a sense of ornamentation that has weathered the years and softened with age. The restroom is a bit more ’70s funky, as though the third generation of the original owners had done some modernizing.

I have a great source for antiques and decorative items in Atlanta, so many of the light fixtures, hand-blown glass cake stands, and upholstered furniture were purchased in the area and trucked up. Sweeten: How do you think Sweeten can help entrepreneurial business owners like yourself?

Mike: Navigating the construction process is a complete maze and working directly with a good contractor is helpful. There is a level of overall consultation that is needed for inaugural brick-and-mortar store creators, such as help defining and providing templates for the various stages of a project. 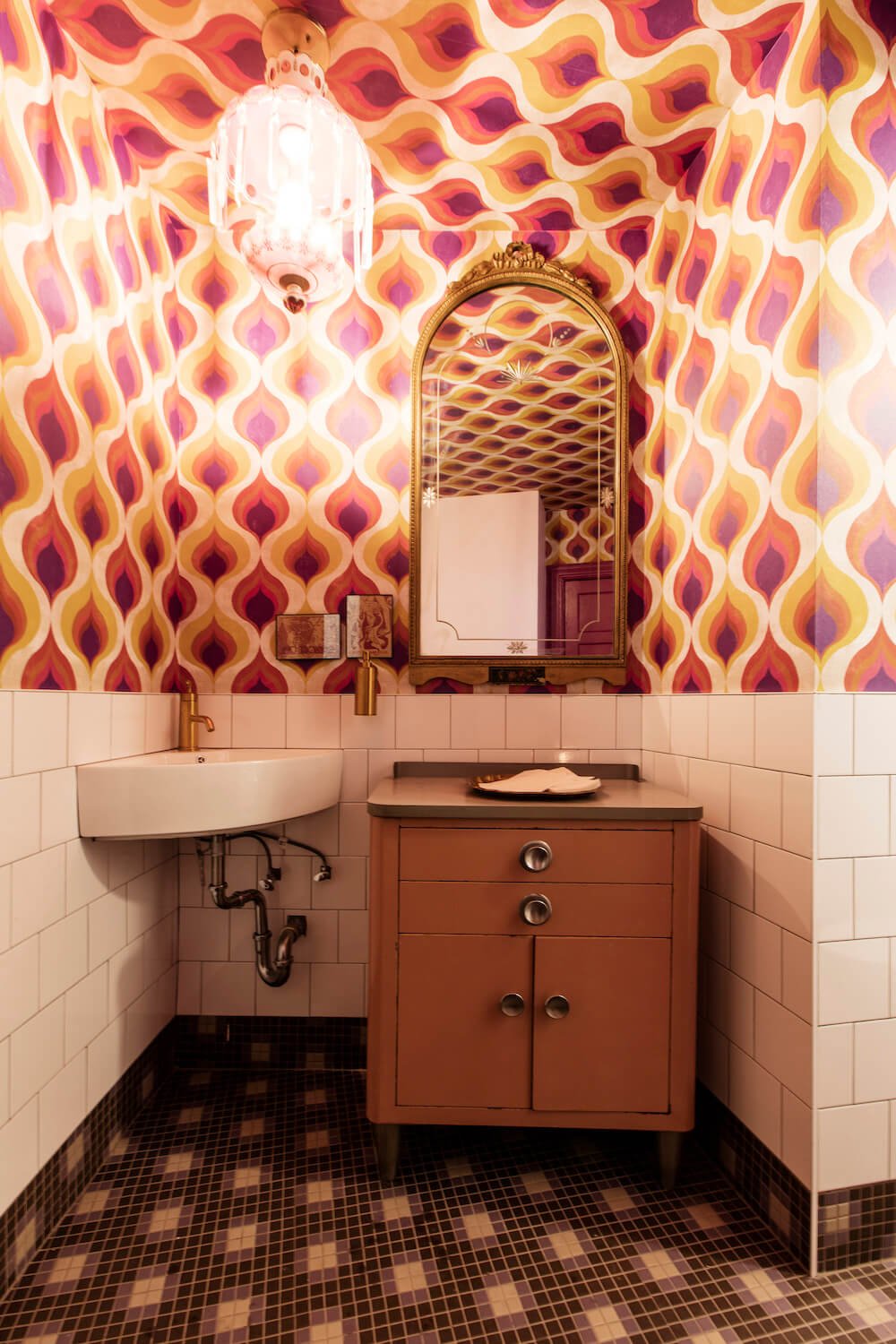 Sweeten: Can you describe the “before” space?

Mike: The space was originally built in the first decade of the 20th century, with 12’ high original tin ceilings. The Boy Scouts met in it for decades, and it was most recently used as the film set for Martin Scorcese’s movie The Irishman. The bar, flooring, and doors built for the movie were used in our final design.

Sweeten: What’s next for the brand?

Mike: Aside from introducing a number of wonderful brunch and breakfast to-go items, we’re excited to start holding performances at the space during brunch on weekends!

Stop by Porcelain for a bit of respite, good ambiance, and even better company.

For the hospitality entrepreneurs and veterans, here’s a cost breakdown to opening a restaurant.