Swapping Rooms for a Better Layout

A home’s floor plan is just as important (if not more) as the visual details and fixtures. Depending on your lifestyle, some arrangements will be preferred over others. Avid entertainers may want a kitchen open to the living area. Families with young children may want all the bedrooms next to each other or on the same floor. These Sweeten renovators all changed the floor plans of their spaces to improve flow and maximize potential. Janet and Jerry planned to rent out three units in their townhouse, including the garden-level apartment. They decided to shuffle around the floor plan, moving the kitchen toward the front of the apartment, and turning the former kitchen into a new bedroom. This allowed the kitchen to be part of an open concept living space and gave the new sunny bedroom direct access to the outdoor garden. (Above) Old kitchen and hallway

(Above) The bedroom where the original kitchen was located pre-renovation (Above) New kitchen connected to the living room

Laura and Walter’s 700-square-foot apartment had most if its prewar charm intact, including a layout that wasn’t efficient for 21st-century living. A long, unnecessary hallway was taking up valuable square footage and the kitchen was cramped at the back of the residence. With their Sweeten contractor, they reconfigured the floor plan, swapping the kitchen and one bedroom, and turning what was formerly a bedroom into a den connected to the living room with glass doors. (Above) The new kitchen connected with the living space (Above) The bedroom and living space prerenovation

(Above) The new den and open living area

After finding a two-bedroom apartment in Park Slope, Katherine and Chris realized they could rearrange the rooms to get the three bedrooms they needed. The first-floor location meant they could move the kitchen plumbing from the back to the front of the apartment without affecting other units, so that’s exactly what they did. The swap resulted in an open living room-kitchen up front and a new master bedroom where the kitchen was previously located. (Above) The kitchen pre-renovation (Above) The former kitchen became the master bedroom (Above) The new kitchen is open to the living space 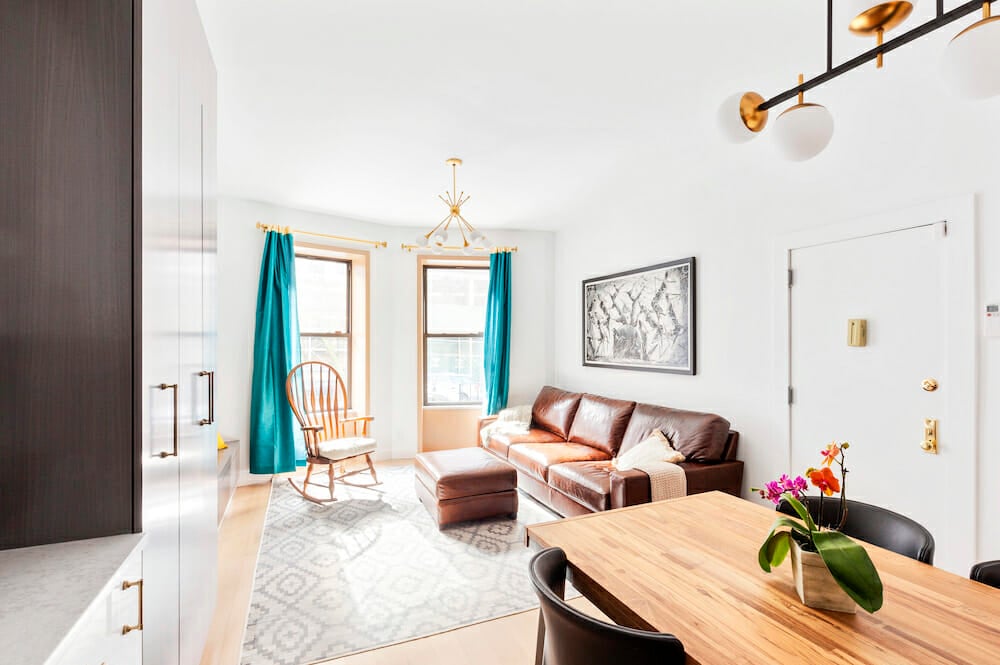 (Above) The open living room next to the kitchen

What you need to know about combining apartments in New York City.