A Remodel for a Brooklyn Bathroom Desperately Seeking Storage Before: Sari, a post producer for television commercials, bought a one-bedroom condo in a 45-unit building in the Crown Heights/Prospect Heights neighborhood four years ago. She loved the location and feel of the apartment as soon as she walked inside. There were plenty of closets and storage spaces, she said, but “it was mind-blowing to me that there was no storage at all in the bathrooms. “Who designs a bathroom with no storage space? Crazy, right?” And despite it being built in the aughts (in 2006), the floor tiles and lighting were tired and the large entry door took up a lot of wall real estate. 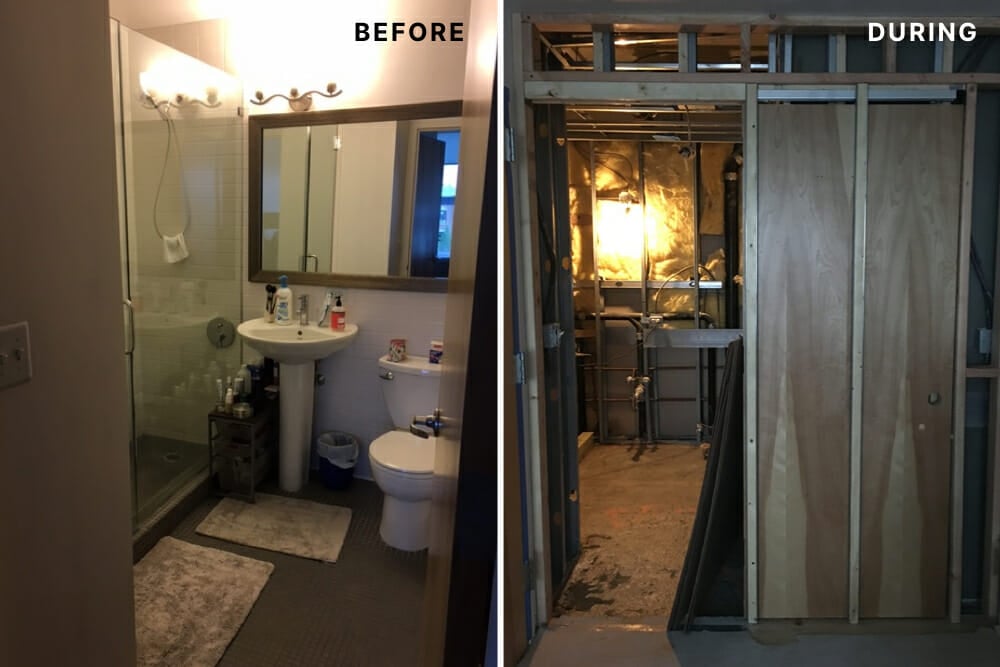 After: Sari envisioned changing the whole layout, expanding the bathroom into her walk-in closet and creating a clean, modern monochromatic space. “I had no idea of how to start,” she said. She posted her project on Sweeten, a free service matching renovators with vetted general contractors, and was matched with this general contractor. She learned that she wasn’t going to be able to relocate the toilet, so she decided to just keep the original layout and focus on creating a “beautiful and functional space” with lots of storage in the form of a two-drawer vanity, vanity mirror, and open shelving. The most exciting change? “Radiant floors, which are heaven,” she said. Sari loves to watch “Fixer Upper” and other home renovation shows. That’s where she got the idea of a pocket door “so I could use the wall space that had been covered up by the original bathroom door.” It’s a perfect place for a towel bar and hooks. “It makes the room feel much larger,” she said, “especially because the door is rarely closed,” since she lives alone with her pitbull Bruno.

Once the work began, Sari’s Sweeten contractor gutted the bathroom and found leaks coming from neighbors’ apartments above and next door. “That wasn’t fun and a bit stressful,” she said, “but building management fixed them, so we only lost one day during the renovation.”

The biggest challenge was finding the tiles. “It was overwhelming and took me over a month,” said Sari, who originally wanted to do a black and white bathroom, but then decided to keep the color scheme in line with the apartment in case this is the only renovation she does. “I had no idea where to go or how to start, but my contractor was very helpful.” He told her where to purchase tile and granite, as well as wood for shelving. Then he picked up everything for her since, she said, “I’m a New Yorker and don’t have a car!” She also found it helpful to contact Sweeten’s client services, which answered her questions and directed her to their partner Build.com, where she purchased most of her fixtures. (“My sales representative there was terrific,” Sari said.) 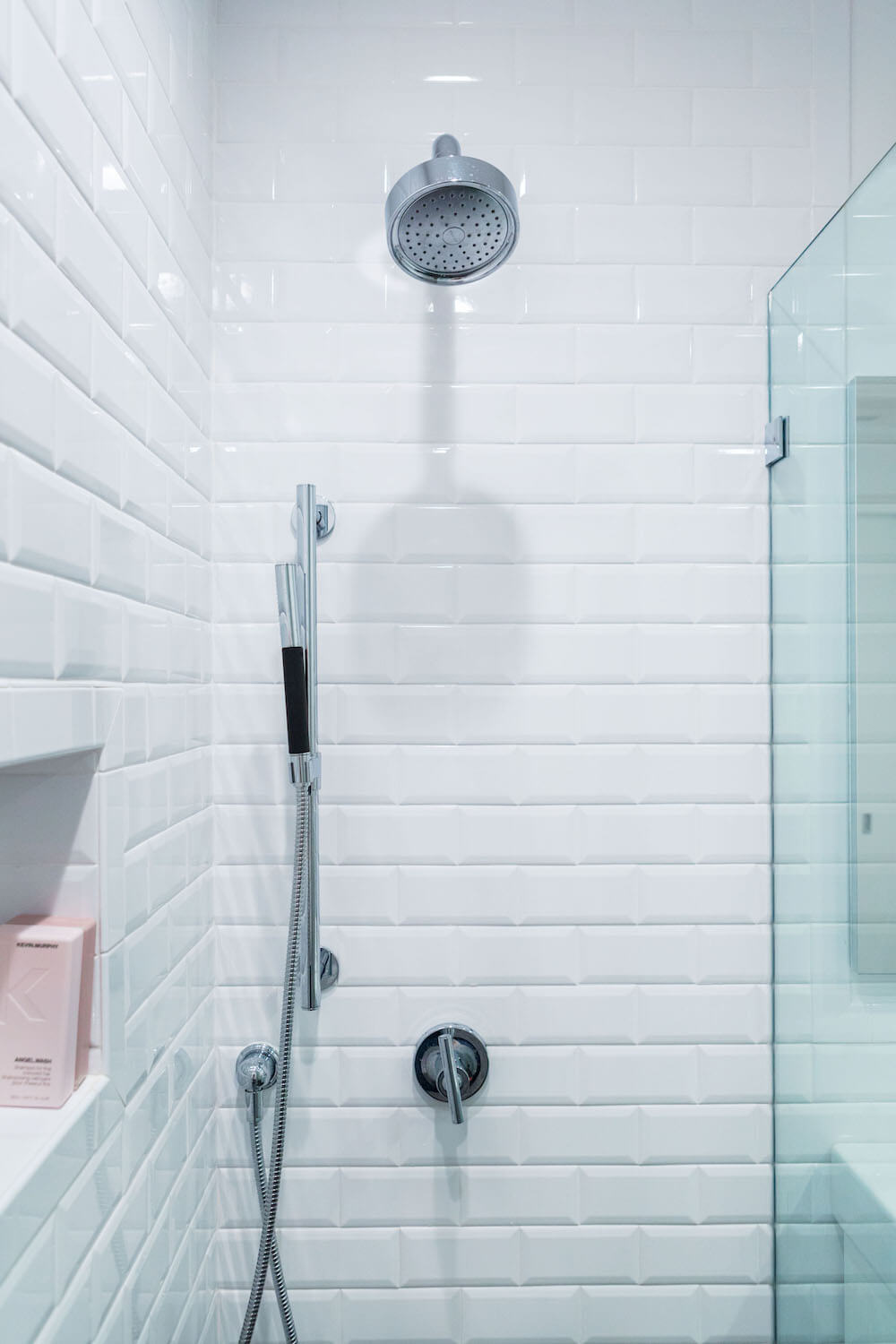 Bonus: With her first remodeling project behind her, she has a few tips for those starting a bathroom remodel: make note of where your towel bars are and where they should be so that they are at a comfortable height. (Also, make sure you know which side of the toilet you want your flusher to be located, because you can’t change that!)

Meg and Brett’s master bath has some serious storage, including a floor-to-ceiling built-in cabinet with beautifully organized shelves.