Some of our favorite projects, big and small, in this booming neighborhood

With the Barclays Center on the north end and the farmer’s market at the Grand Army Plaza on the south end, Brooklyn’s Prospect Heights has something for everyone. From its historic architecture to its tree-lined streets, and with close proximity to Manhattan, it’s no wonder so many Sweeten renovators call it home. Joel and Eric already lived in the neighborhood (and loved it!), but ended up expanding their search for a larger apartment to include neighborhoods from Hamilton Heights to Jackson Heights and Brooklyn Heights. After a long search, they found what they were looking for…in the building next door. The one-bedroom, located in the heart of Prospect Heights, was brimming with potential. Its kitchen, with its dark cabinetry and metallic silver walls, was swapped for a more modern palette, including white, charcoal gray, and wood tone for added warmth. The pièce de résistance, a custom, wraparound counter that joins the kitchen to the living room, makes it easy to entertain. The small galley kitchen in Sarah and Oleg’s one-bed, one-bath co-op had always bothered them. They knew they wanted to do something with it someday. Thinking of growing their family, “someday” became “right away,” and the couple turned to a full kitchen renovation that would also convert their dining area into a nursery. The space opened up, allowing the kitchen to become a U-shape, and bright white cabinets replaced the old, wood tone ones. And just in time for two new arrivals (twins!), the dining area was closed off as a separate bedroom with sliding doors. 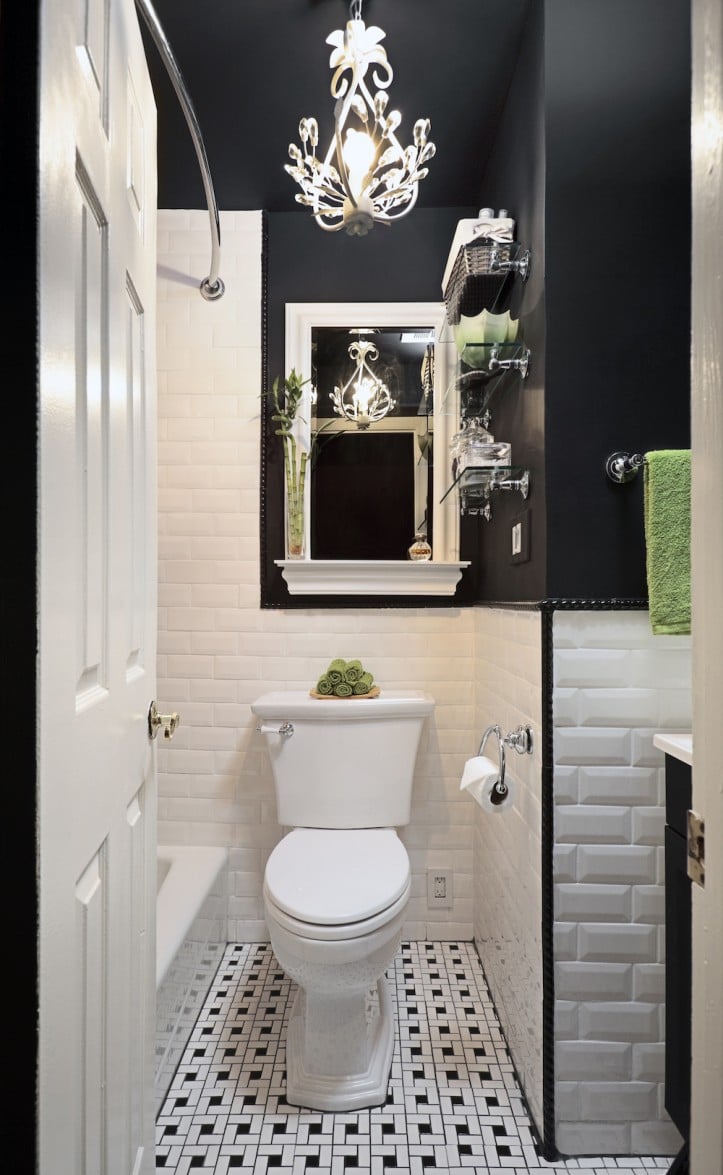 Marissa’s one-bed, one-bath co-op hadn’t been touched since the early ’80s, and it showed. Persistent leaks, dropped ceilings, and builder-grade fixtures made the space feel neglected and unloved. Drawing inspiration from her six-year-long career as an off-Broadway lighting designer, Marissa planned a dramatic makeover for the space. Black paint paired with white subway tile provides contrast while a petite, crystal-adorned chandelier adds a touch of glam. The finished space is smart, sophisticated, and wildly popular on Sweeten’s social media. Looking for a bigger home led Kaija and John to a one-bed, one-bath co-op in Prospect Heights. The priority was finding a sizable kitchen, one that could hold all of their appliances, including the ones that had been shipped and stored in Kaija’s parent’s basement in Minnesota. A gut renovation of their new kitchen was deemed necessary. The project centered on removing a half wall and creating a custom island with enough storage to stash an arsenal of kitchen gadgets. Inspired by the look of cement, the couple chose poured concrete for the island’s countertop. The addition of open shelves allowed them to put some of their larger appliances—like their attractive stand mixer—on display. First-time homeowners Amy and Nick wanted to buy in Brooklyn but didn’t want a space that needed a lot of work. That changed when they came across a two-bed, one-bath condo in Prospect Heights that had a layout that felt perfect for them. The first step was to free the kitchen from the triangular nook it was trapped in. Combining the kitchen and living room gave the kitchen plenty of room to grow. Aiming to create a space that would be ideal for both cooking and entertaining, a supersized kitchen island was installed and topped with Calacatta gold marble. Now the kitchen is the couple’s favorite spot to hang out.

Renovating in NYC? Check out our guide on renovation costs per square foot in New York City.