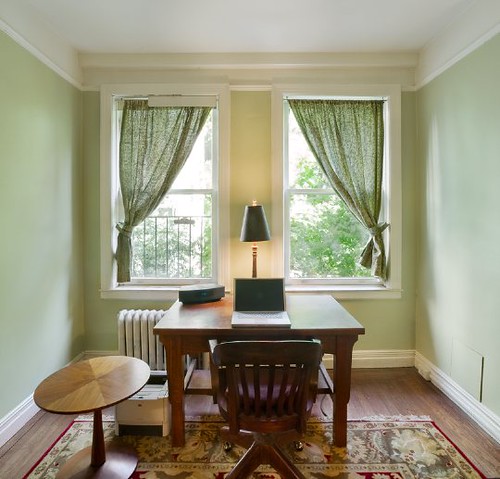 I’ve been spending a lot of time at the desk in my bedroom these days, working and studying. It faces two large, low windows that I keep wide open to let in the gorgeous summer sun and air that I would really much rather be running around in. This provides some comfort, as does the presence of two small, brown birds that have taken up residence on the fire escape directly outside. 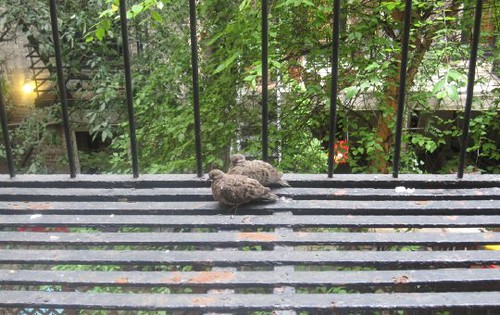 They spend the whole day squatting on the grate there side-by-side, jumping up every so often to stretch their legs and flutter their white-tipped wings. They arrive early in the morning and stay until it’s dark. Although they’re just inches away they don’t seem frightened of me, the sounds of my radio, or the tremendous mess of books and papers around my desk. I like having them here; I feel that they bring me luck. They might not be the most beautiful birds, but as a city-dweller without a yard, I’m appreciative of any forms of wildlife that aren’t vermin.

The two birds appeared out of nowhere two weeks ago, and their nesting instinct nicely mirrored my own. I had assumed that they were a couple, and also that they were sparrows. Then a friend who was visiting this weekend told me that they aren’t sparrows but mourning doves, and that they’re baby birds, siblings, whose adult feathers haven’t yet grown in. While I’d like to think that it was some kind of special connection that drew them to my fire escape instead of one of the others in the courtyard, my friend explained that they’d chosen mine, which is shaded and close to the ground, because it’s a safe, comfortable perch from where they can learn to fly. And that sounded like a pretty sweet definition of “home.”

theSweeten, Through the Eyes of the Intern

A Note from theSweeten, After Sandy