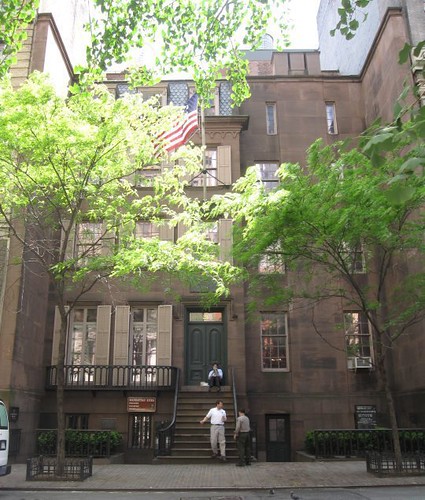 Tucked in between the fancy showrooms and fine restaurants on East 20th Street is the Theodore Roosevelt Birthplace, the house where our twenty-sixth president was born, sort of. Sort of, because the original 1854 house here where he was born (the drawing below, on the left) was demolished in 1916, with Teddy’s consent, only to be reconstructed faithfully in 1919 (the photo below, on the right) after his death. The new house is overseen as a museum by the National Parks Service.

I’ve passed the building dozens of times, and finally ducked inside earlier this week for a tour. It was surreal walking through this nineteenth-century house right in the middle of the city in the company of a uniformed Parks Ranger. I asked him a few questions about the authenticity of the house design and he asked me if I was an architecture student, for which I felt insanely flattered.

Although I wasn’t convinced about the building’s authenticity as Teddy’s birthplace, I was dazzled by it’s Victorian stylings. It’s typical nineteenth-century townhouse, about twenty feet wide, with service spaces on the cellar level, living spaces on the raised parlor floor, and bedrooms above. And it has typical nineteenth-century interiors, loaded with color, ornament and detail. 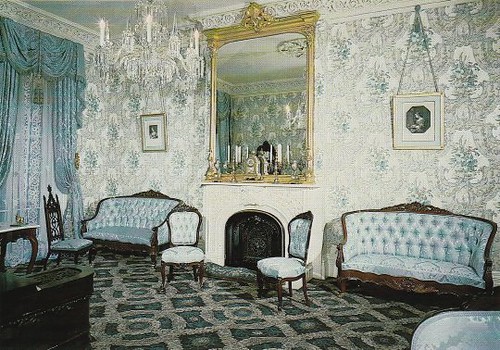 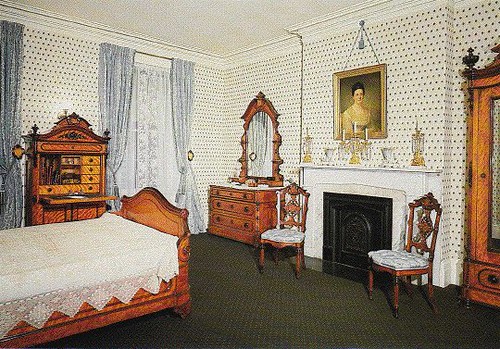 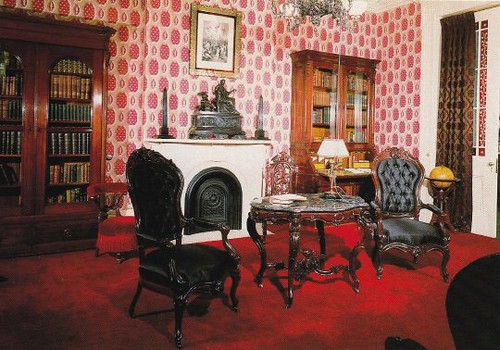 The house is filled with much of the Roosevelt family’s original furniture. In the Library there’s a horsehair settee with matching side chairs, and the small tasselled red velvet chair Teddy used as a boy. There’s also a gas powered table lamp with a thin rubber house connecting it to a supply in the ceiling.

What impressed me most were the big, bold wallpaper patterns. They give each of the rooms a heavy, airless feeling, and have strange optical effects. If the house’s original wallpapers were this wild, it’s no wonder that Teddy needed a pince-nez.

The house truly feels out of time. I like the eclectic clutter of Victorian rooms you can see in photographs from the era, but these rooms were quite elegantly furnished and didn’t have that kind of warmth. Each one is beautifully proportioned, with high ceilings and a generous layout, but most have little light and air. I wouldn’t feel comfortable living inside them. I’m too accustomed to the trappings of modern life: huge windows, blank white walls, and bright electric lights. I’m happy to remain in the twenty-first century, and just visit the nineteenth from time to time.