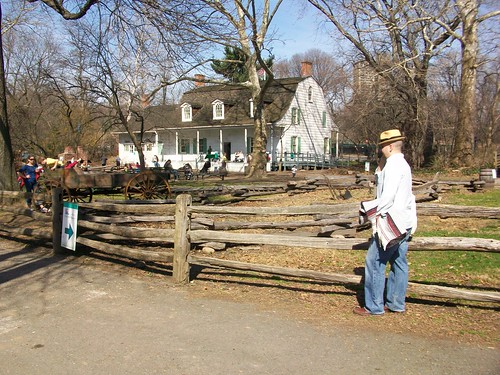 While out enjoying the lovely spring day at Prospect Park, my husband and I decided to actually go into the Lefferts Historic House. We’ve walked by dozens of times but never made it in. The house is in rough shape with only a few rooms that you can actually tour. It is one of the oldest residential structures in New York City, originally constructed several blocks away and moved to its current location.

My favorite monument  in the house was the  “mortgage button” at the bottom of the stairs. 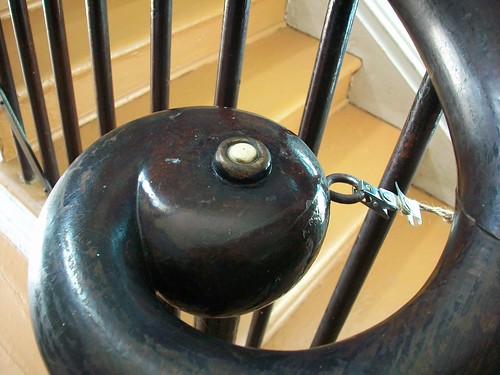 “Dating back to the mid-seventeenth century, the “mortgage button” is a long-standing New England tradition, which originated in Nantucket. When a home’s mortgage was fully paid, a hole was drilled in the top of the staircase banister or newel. The mortgage was either rolled up and placed inside the hole, or burned and its ashes were placed within. A button, usually made of whalebone, was scrimshawed with the date and owner’s initial and placed over the hole to seal its contents.” from The Mortgage Button site via Flickr

I wonder with all that has gone on in the housing market if there might be a resurgence of these buttons. I can’t think of one design element in my house that I’d like more than a physical manifestation that my house is really mine.

While at the park we also came across a bunch of damage done by the recent storm.  The worst loss was of Big Grandma Green (1776-2010) pictured below. It looks as though she was taken down on purpose possibly due to damage caused by the storm. 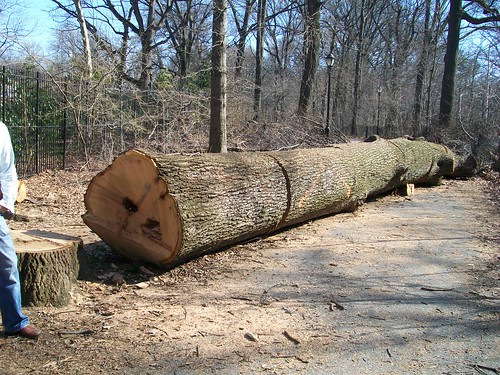 I hope the park is going to use all that wood for something. If not, I know a few woodworkers who would love it.