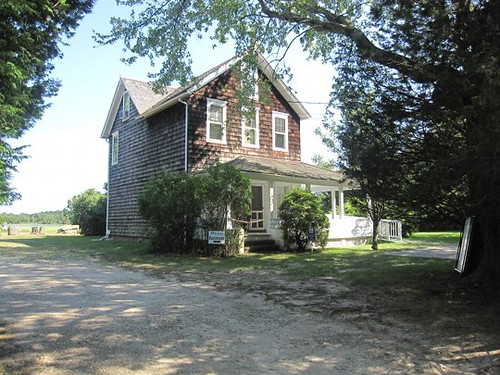 This weekend I visited the house that Lee Krasner and Jackson Pollock shared in East Hampton, Long Island.  It’s in The Springs, a woody area four miles removed from the town center, so called because the lowlands there are interrupted by inlets and marshes.

The house itself, which is now the Pollock Krasner Study Center, is nondescript, not so different from other old houses in town.  It’s a small wood farmhouse with dark, weathered shingles that’s hidden from the main road by an untrimmed hedge.  It’s so unassuming that it doesn’t even have a proper front facade, and doesn’t look like it’s facing anywhere in particular. 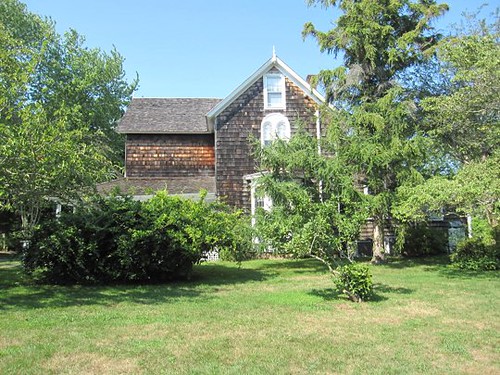 The yard in back is something else.  It’s a long, grassy lawn bordered by tall, old trees that opens onto a cove.  On the breezy, sunny summer afternoon that I was there it felt perfectly serene. 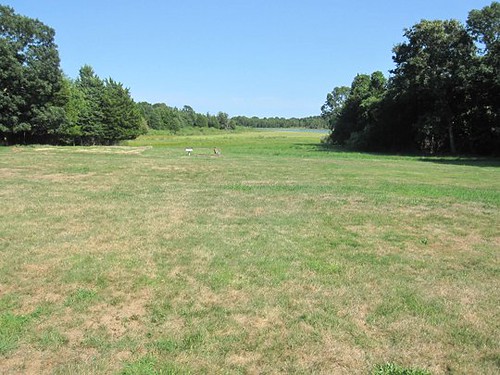 Of course serenity is not something you think of when you think of Krasner or Pollock’s work, or of the Pollock-Krasner marriage.  There are some hints at the house that things were not as idyllic than they appear.  There’s a big pile of stones in the backyard, that Pollock himself arranged and has been left intact, that resembles a neolithic burial site. 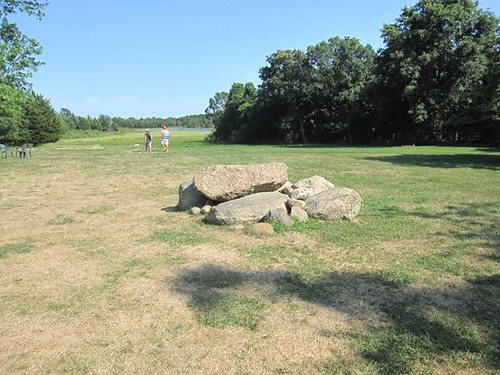 And then there’s the studio building, which is tucked to one side in back.  Pollock worked here from 1945 until his death in 1956, and Krasner, who worked earlier in a second floor bedroom, worked here through the 1960’s and 70’s.  I walked right by it at first because I thought it was the gardener’s storage shed.  It has no heat and no electricity, and only one window at ground level, so that there’s no view to the yard or water, or to civilization at all, while you’re inside. 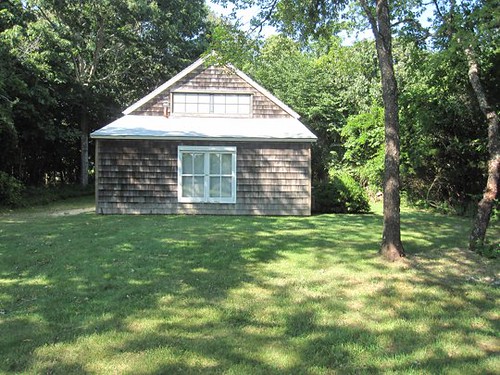 But the studio’s north facing wall, the gable end that abuts the property line, has special windows up high to let in the delicate northern light.  Near the coast, especially in the mornings, this light is especially white and clear, something that’s cherished by painters.

What’s most surprising is how small the studio is.  It can’t be more than 20′ x 20′ and 14′ high.  Both Krasner and Pollock were big personalities with big ideas who worked on big canvases.  Pollock, famously, worked hovering over unstretched canvas laid on the floor.  Krasner worked on an easel or tacked canvases right on the walls.  There are photographs of each of them painting inside the studio, and also photos of Pollock painting on the lawn outside. 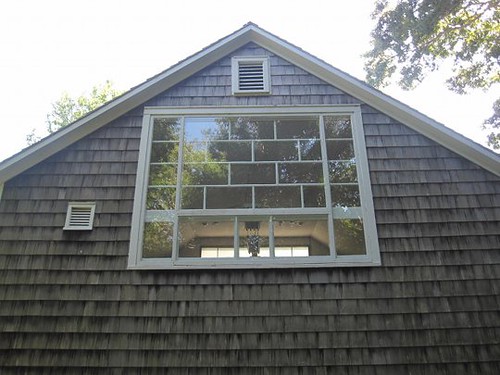 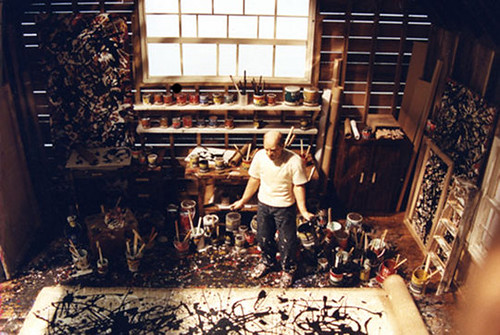 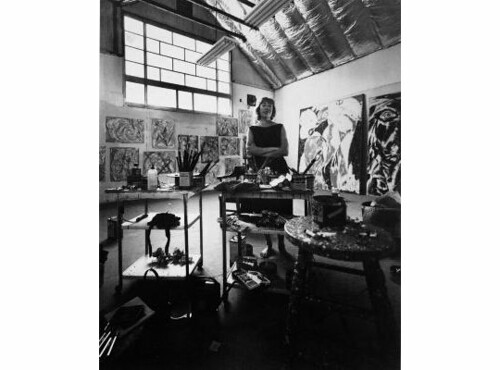 These two painters turned their back to the beautiful views and passed their hours inside this little shed, staring down blank canvases and making art.