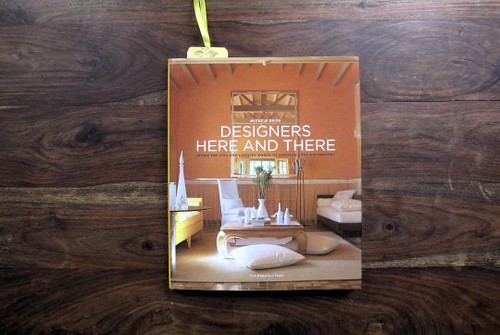 I turned green with envy reading “Designers Here and There,” a look inside the city and country homes of some well-known American interior designers. While I’m struggling to pull the rooms of my own small apartment together, each of these designers has furnished two homes of their own, with such polish that every corner and cranny is picture-perfect.

While I assumed that decorators employ a more casual, reduced sensibility when decorating a country home, I didn’t detect big differences in style between the first and second homes here. What I did feel was that having a second home gave designers a bit of freedom to play, to try off-the-wall ideas that they wouldn’t have tried out at home. This looser hand leads to some great moments

Lee Bierly and Christopher Drake furnish their Boston home in stately shades of cream and grey, but mix luscious fuchsia and amber accents into their Palm Beach living room. 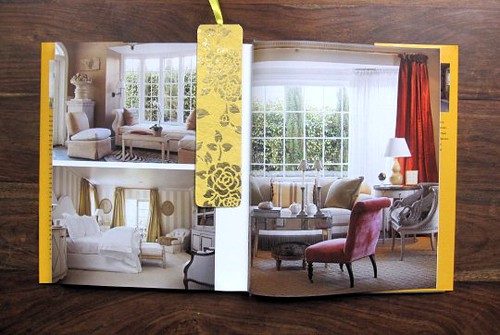 Benjamin Noriega-Ortiz is similarly inspired. He expands the all-white palette of his New York City apartment by using richly colored walls in his South Beach home. I think the blue walls in the bedroom are dreamy, absolutely perfect for a sleeping room. 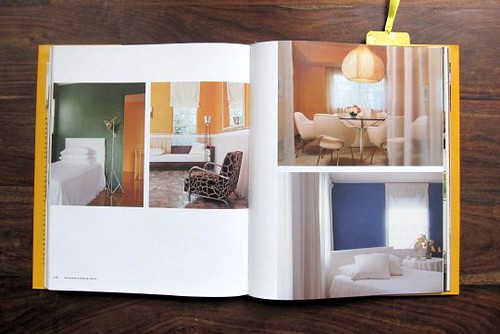 In his country home in Columbia County, New York, Christopher Coleman kept the dark interior wood paneling of a former hunting lodge in place, lightening the spaces with modern pieces. 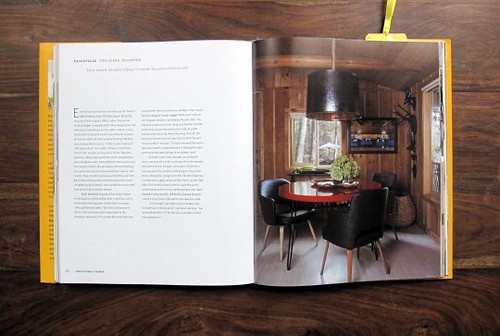 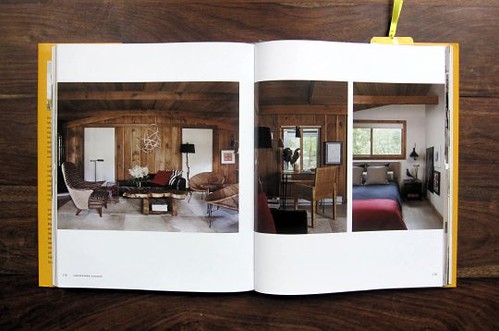 Renea Abbott uses a dark, formal palette in her Houston townhouse, and then goes happily overboard with animal motifs in her Austin house. Her living room there has tiger- and cougar-print pillows, horse statuettes, a fox skin throw, and an antelope head mounted on the wall. 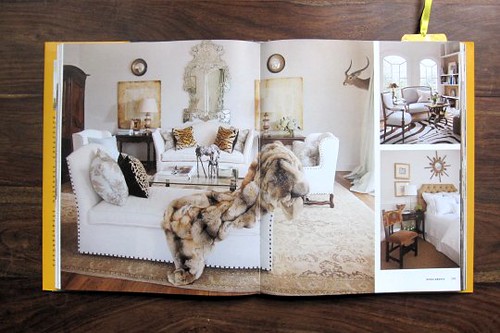 Surpisingly, some designers take a more formal approach in their country homes. The room in Michael Berman‘s Los Angeles house have a calm, contemporary feeling. He employs the same palette in his Palm Springs home but the individual pieces, like this horse-head table that Caligula would have loved, have a decadent edge. 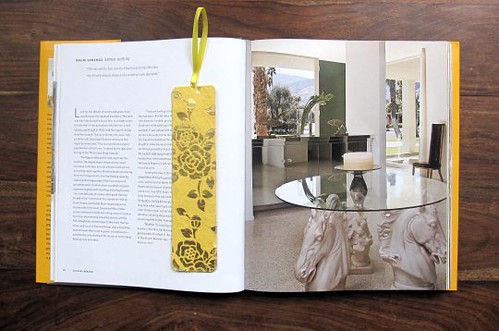 For the treehouse-guesthouse at their retreat in Healdsburg, California, Andrew Fisher and Jeffry Weisman use grand, gilded drapes, lamps, and furniture. This humble space might have been fit out for Napoleon. 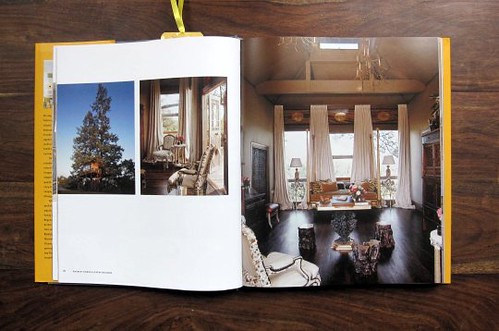 For all these designers a second home is a lovingly and elaborately created stage-set, just as fabulous as the first.

Designers Here and There: Inside the City and Country Homes of America’s Top Decorators, by Michele Keith. New York: Monacelli, 2010.