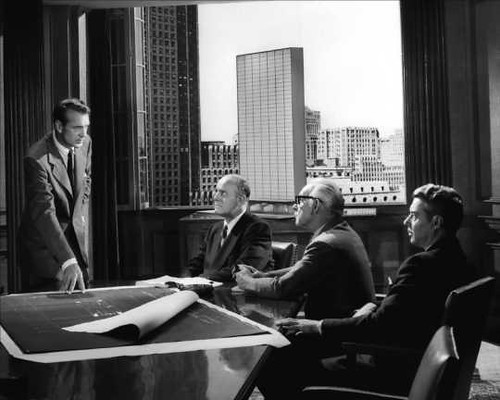 In the 1943 movie “The Fountainhead” Gary Cooper plays a talented modern architect, Howard Roark, who’s  loosely modeled on Frank Lloyd Wright.  Howard is an iconoclast and a loner, and he fights clients and contractors in order to have his buildings built precisely the way he would like them.  “My work done my way– nothing else matters to me!” he cries.  It’s a perfect caricature of architects, who always seem to think that they know what’s right about everything, and often believe that the mediocrity of the world around them holds them back.

A lot of the kookiness in the movie grows out of the Objectivist philosophy of Ayn Rand, who wrote the screenplay and also the novel that  it’s based on.  According to her ideas men (and she’s thinking of men, mainly) are isolated creatures in continual conflict with one another, and the strongest among them must strive for perfection without compromise, without submission, and without concern for the well-being of others.

More than six decades years after the movie was made the Howard Roark character still feels very real and very accurate.  He’s passionate about his work and pursues it single-mindedly.  But the look of the movie, especially the set designs, feels false. 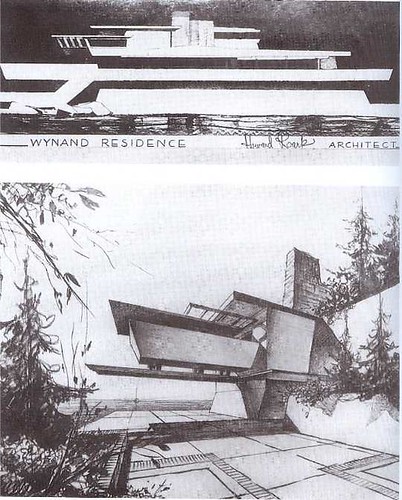 There was a real opportunity here to create some forward-looking modern designs to match Howard’s unique vision.  The buildings in the movie look like watered-down Frank Lloyd Wright, with cantilevers and space-age profiles on the outside but none of the intensity on the inside.  The sets feel empty and underdone; they don’t have the rich, dark embellishments and furnishings that Wright designed.  This movie gets the architect right and the architecture all wrong. 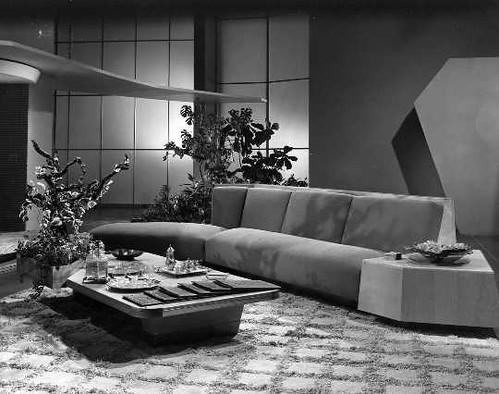 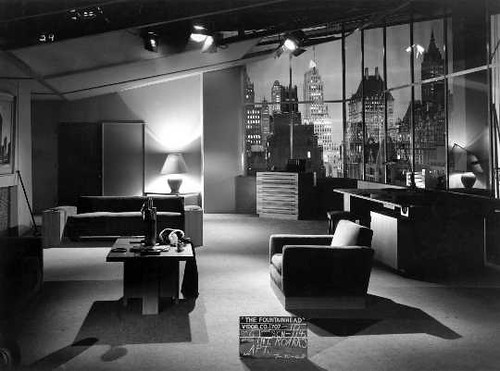