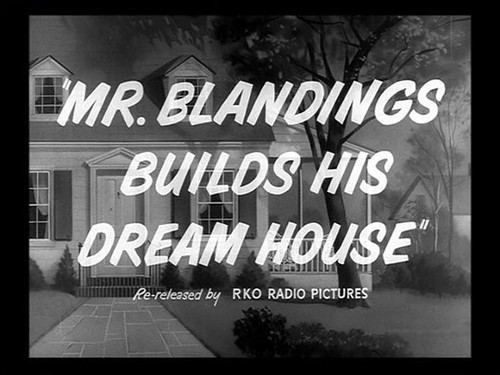 I just watched the slight, charming 1948 Hollywood comedy “Mr. Blandings Builds His Dream House,” and was impressed by the way it gets much of the home remodeling process just right.

In “Mr. Blandings” Cary Grant and Myrna Loy play a couple with two young daughters and a live-in maid who outgrow their cramped Manhattan apartment.  Like many home buyers they fall in love with a fixer-upper, a rambling shack in Connecticut that looks as if it were designed by Tim Burton.  It’s a beautiful mess, comically out-of-plumb, with shingles sliding off its roof and birds flying out of its attic. 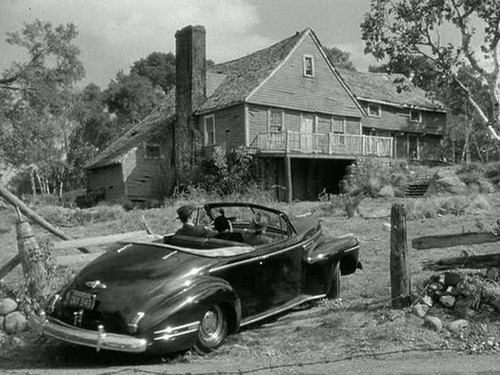 Mr. and Mrs. Blandings immediately and irrationally conjure very different visions for the house. His is a stately Tudoresque mansion, and hers a fairy-tale cottage surrounded by flowered gardens. 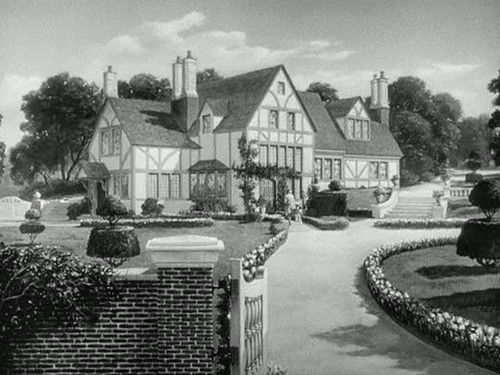 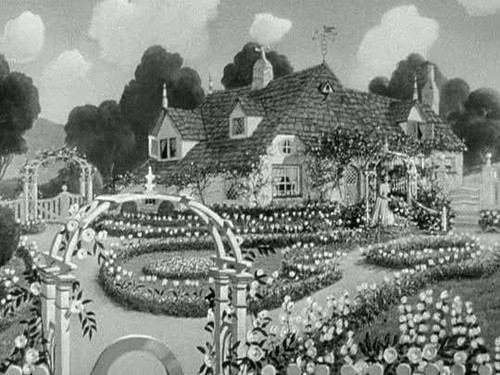 Like many homeowners they plan to move in right away and manage the minor improvements themselves.  That is until their a wry bachelor friend  of theirs advises them to consult an engineer. (To which Cary Grant responds, “I don’t need an engineer; this is not a train.”)  Then, after several engineers advise them to tear down and rebuild, they hire a local architect, Howard Simms, to get the job done.

Howard Simms, played by Reginald Denny, is the proverbial gentleman architect with a flecked wool suit, a silk pocket square, and a polka-dot bowtie.  His role in the movie, and in the process of designing the dream house, is conspicuously small.  This is the single aspect of the movie that doesn’t really ring true.  Unlike most architects Mr. Simms isn’t continually badgered by the contractor to update his drawings and submit product specifications.  And he isn’t running to the job site all the time to take measurements, scold the contractors, and pull out his hair.

Like many clients the Blandings feel that they can design their home better than any architect.  There’s a wonderful passage in the movie when they visit Mr. Simm’s office, sit down at drafting tables, and draw up the house they want while Mr. Simms hovers speechlessly in the background. 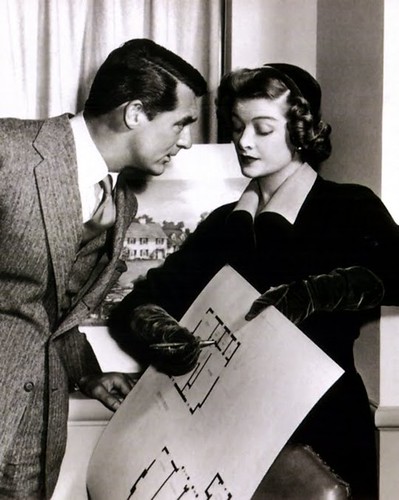 The movie is set in a distant past where men cross their legs and smoke pipes, and women wear hats trimmed with feathers.  In this past one can find land in southern Connecticut for $40 an acre and build a house there for $10,000, as the Blandings want to.  Although these numbers are now hilariously low, the way that the project budget expands and contracts through the project seems strikingly contemporary.  (In fact the movie was remade in 1986 with Tom Hanks and called “The Money Pit.”)

Mr. and Mrs. Blandings ask for a $10,000 house and the architect designs one.  Then they protest that the house doesn’t have the proper amenities, that it was not at all what they had in mind.  So the architect returns with a new and improved design, and a new and improved price of $18,000.  (To which Cary Grant responds: “Excuse me while I go and call the owner of my apartment building to request a 20-year lease.”) It’s only after gazing lovingly at the architect’s rendering, which shows a handsome white clapboard colonial, that their shock subsides and they agree to go ahead. 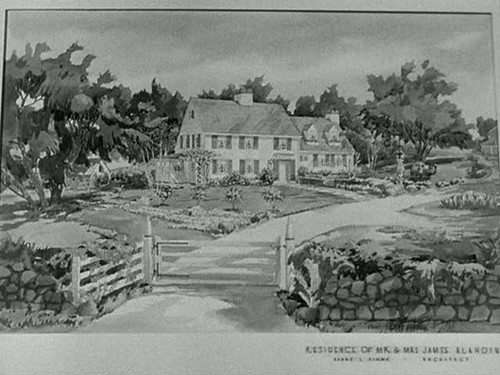 The construction is beset is by a bizarre but bitingly realistic assortment of setbacks, some legal (the house has a previous mortgage on it), technical (the well digger cannot find water, and the excavator hits a broad stone ledge), administrative (the windows are delivered to the wrong job site) and financial (there are unexpected purchases like a “Za-Za Water Conditioner”).

Like many residential clients Mr. and Mrs. Blandings feel that they can supervise construction better than the general contractor.  They spend their days at the site directing teams of workmen.  At one point the head carpenter approaches Mr. Blanding to ask whether the lintels between the lally columns on the second floor should be rabbeted.  He responds, ignorantly and confidently, “No,” thinking that that this will save some money, with the predictable results.

The stretch of the movie that illustrates construction really hits the mark.  The clients are so overwhelmed by immediate obstacles and minor disasters that they can’t appreciate the overall progress as their house takes shape. 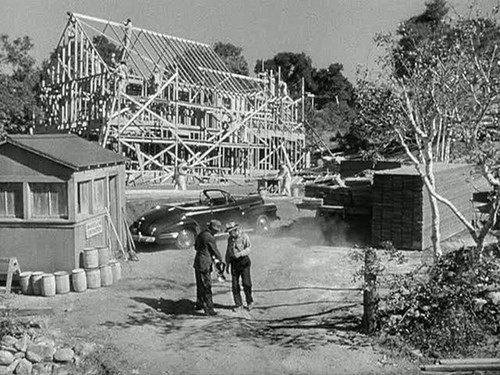 Finally, like most clients, Mr. and Mrs. Blandings are happy with the results.  As they rest in their new sitting room at the end of the movie all the stresses and aggravations of the remodeling finally fall away.  They’re a beautiful family in a beatiful new home. 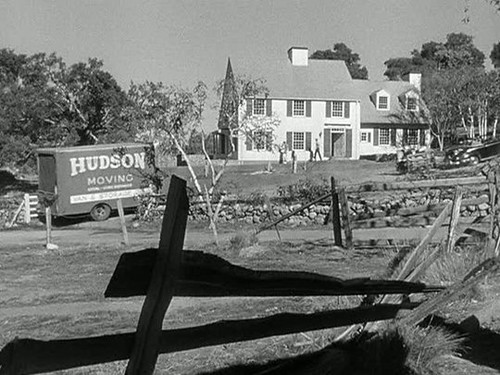