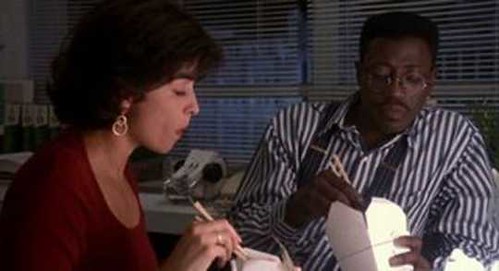 In Spike Lee’s 1991 movie “Jungle Fever” Wesley Snipes plays Flipper Purify, a married architect who has an affair with his single office assistant, played by Annabella Sciorra.  That Flipper is an architect is shorthand for the fact that he’s well-educated, refined, and highly principled (in theory at least).

Spike Lee certainly did his homework, because Flipper’s office looks like a real architecture office, with rows of drafting tables and partitions covered with sketches, notes, and pictures clipped from magazines.  (My guess is that the scenes were filmed at Davis Brody Bond, the firm that would remodel Lee’s Upper East Side townhouse.)  Sweetly and hilariously, the architects draft by hand; there’s not a computer in sight. 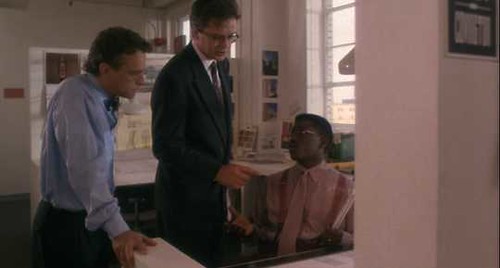 In one remarkable, plausible scene Flipper meets the firm’s partners, played by Tim Robbins and Brad Dourif, to ask for a promotion.  The men sit around a dark wood conference table drinking white wine from long-stemmed glasses and hurl pompous, slightly-veiled insults at one another.

Snipes gets the character of an accomplished New York City architect just right:  formal and cerebral, with a whiff of arrogance.  Robbins and Dourif get the character of the managing partners just right: sophisticated and glib, with shark-like instincts.  The partners wear the gentleman architect’s uniform: dark suit, light shirt (preferably light blue), tastefully patterned tie (preferably a bow-tie), suspenders, and small wire-frame glasses.  Flipper, in contrast, wears richly-colored suits, boldy-patterned shirts and ties, and chunky plastic glasses, which convey his passion and individuality.  They’re qualities that he pays for dearly. 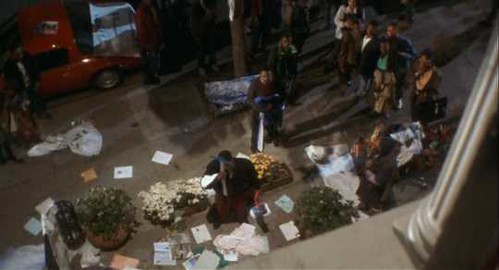